The sequel to the 2009 movie ‘Avatar’, which caused a tsunami in world cinema, is coming. Which has been called ‘Avatar 2’ from the beginning.

However, director James Cameron announced the name of the movie saying that a new episode is coming this time.

Hollywood news, sci-fi movie named ‘Avatar: The Way of Water’. It will be released on December 14. The movie’s name, logo and release date have been officially unveiled at the Cinemacon Convention Hall in Las Vegas on Thursday.

In other words, after 13 long years, movie lovers are going to enjoy the new second episode of ‘Avatar’ movie.

Producer James Cameron also showed some scenes of the new episode with a virtual part in one show. Producer John Landou was present.

“I wanted our return to Pandora to be something special,” said James Cameron. Each shot is designed with the highest screen, highest resolution and 3D enjoyment in mind.

Sam Worthington and Joe Saldana are playing the roles of Jack Sully and Navi Neiteri in this movie like ‘Avatar’. Titanic star Kate Winslet has been added to this episode. There are also stars like Stephen Lang, Cigarney Weaver and Vin Diesel.

Avatar is an action movie in the genre of science fiction or science fiction. This is the best grossing movie of all time. At the box office, it grossed about 2.847 billion USD. It has won many more awards, including three Oscars. This time, movie lovers are waiting to see how far ‘Avatar 2’ can go. 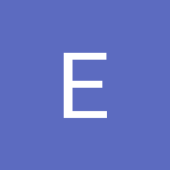 ‘Russia is slowly increasing its strength towards the East’